Josh Moore and Emmanuel Sesay Step Up To EABL 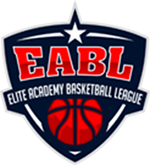 After two years in the ABL with Northfleet Technology College both Josh Moore and Emmanuel Sesay will be making the step up to the EABL with Canterbury Academy. Both academies are under the Crusaders brand and just shows the strong pathway the club has built.

Martin Parry the head coach at Northfleet had this to say about his departing year 13 students, “It is sad to see both of these young men leave Northfleet but we know the time is right for them to show their capabilities at the EABL level and to do this within the Crusaders family.”

Josh Moore joined Crusaders in 2014 where he played U16 national league and joined the Northfleet Technology College for year 10. Even then he showed great work ethic and versatility in his play. This led to his breakout ABL season last year where he averaged 15.2 ppg and 12.9 rpg which put him in the top 10 for efficiency rating in the country.

Josh is excited about going up against the best players in the country and described, “I feel like moving out of my comfort zone at this point of my basketball career will be the best opportunity in terms of improvement. Playing against well coached players in a more competitive league, where I can work hard and get ready for the next step for me.”

Emmanuel Sesay joined Crusaders from London Greenhouse Pioneers in 2015 where he joined Josh at NTC and also helped the U16 Crusaders make the playoffs in the national league. Emmanuel is an athletic guard who is great in transition and a very capable defender. He played a big part in getting Northfleet to the Sweet 16 in the ABL playoffs before losing out to Hackney.

Emmanuel is ready to get started, saying, “I’m really happy that I’ve been given the opportunity to play at Canterbury in the EABL. I can’t wait to improve my skill set further and work with a different group of players that want to do the same! I will miss Northfleet, from the coaching staff to the players. They have moulded me into the player I am today and I wish them all the best this season.”

Martin commented on both player’s progression, “I have seen both Joshua and Emmanuel grow into outstanding players and outstanding young men. I wish them every success next year and in their future careers. Joshua has had a breakout season and has been recognised by the ABL in being selected to the Eastern Conference first team. Emmanuel has developed into one of the best guards we had and brings so much energy to his team. I look forward to seeing their development with the team at Canterbury this year.”

Adam Davies the newly appointed head coach at Canterbury has coached both players before with the U16 club team “I think this is great for both Josh and Emmanuel but also the programmes and club. It shows we have a clear pathway now from U10 all the way up to the EABL level. Both players could have come to Canterbury for year 12 but not played much. Going to Northfleet and playing ABL has given them the game time and experience to come now and hopefully excel.”

Find out more or adjust your settings.