Get To Know A Crusader – Coach Cristina Stanciuca 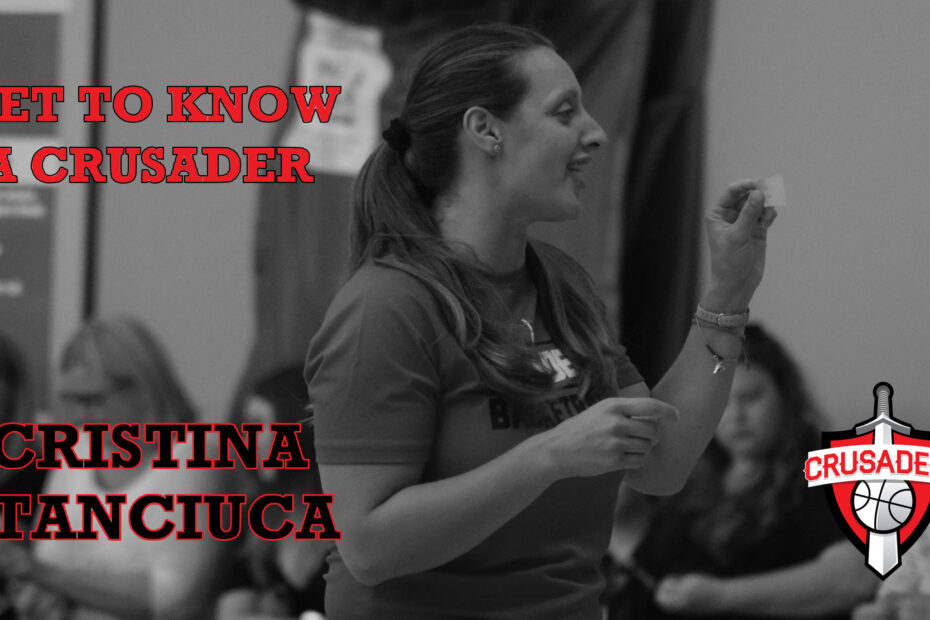 How did you get into basketball and what playing experience do you have?

“I got into basketball quite late as a player, I believe I was 13 -14. I was inspired by these giants that would play on the outside courts in my hometown who made it look fun, competitive and a place to make friendships. So I joined the local club back home in Romania and I have been involved with the sport ever since then. I played for my high school mostly and a bit of seniors until my 20’s when basketball declined in my country and I decided to travel. I came to the UK and joined Wellingborough Phoenix until I injured myself and had to stop. I made a come back in 2011-2012 where I played for the senior woman’s team in Ipswich when they relaunched the program but my body decided it had enough and after two ACL’s reconstructions I stopped and just focused on coaching.”

What’s been your favourite basketball memory so far?

Hard one as I have a few that come in mind. Under the Goldhawks banner I coached U16 boys and I remember to this day us playing at home, the game is intense, I am doing my usual running up and down the side line, talking and directing. Then all of a sudden I see Ed Metcalf who is one of my players coming towards me, as he was hustling for an out bounds ball and puts me on my backside. Being a polite kid he wanted to help me up but I just pushed him saying go play I’ll get up. I don’t remember if we won or lost but I do remember that as it was funny, no one had put me on my backside till that point. Still laugh when I think of it.”

What’s your role with Crusaders and what’s your ambition for the club?

What is your coaching philosophy?

“To keep it short, my philosophy is more based on my values and beliefs. I value hard work, commitment, being humble, competitiveness and pride. I try to imprint that in each group I coach.”

What are you personal goals with coaching in the next 10 years?

“I think at the top of the list is to build a platform for girls in Kent that can enjoy our beautiful sport. But a close second is to lead a national team at the European championships.”

A Leader that inspires you?  John Wooden

Shooter or dunker? Neither I am more of a defensive player.

Lastly, when Romania play Great Britain who do you support?

Got to stick with my Latin side here has to be Romania!